The website is the final documentation of a semester-long group project aiming introduce students to both institutional critique and critical group psychodynamics. Groups organized themselves into "affinity groups" that centered around particular cultural insitutions within New York City and were tasked with conducting fieldwork concerning their institution's boundary conditions. Additionally, groups were expected to look inwards and conduct recursive research on how the study of the institution influenced the boundary conditions within the group itself.

Leveraging shifting boundaries, blurry layers, and disorienting color fades, I designed and built the website to reflect the particular experiences of our group. The boundary surrounding the site content is set to undulate at the rate of the average human breath . As the cursor traveres a section plan of The New Museum, the boundary accelerates or slows in relation to our group's surveyed anxiety levels in the corresponding environments. This boundary is also designed to sometimes include, sometimes exclude, the button linking the the section on our internal group dynamics, reflecting the way in which the museum's involvement in our internal conflict varied over time.
Designed and developed alongside Tee Topor, the OHNY Annual Report was the final culmination of Shannon Mattern's class, Design Ethnography Workshop.

The website consolidates the research, analysis, and writing of a semester-long, class-wide project in collaboration with Open House New York. Students were tasked with conducting ethnographic research on both the inner workings of OHNY as well as their annual OHNY Weekend event, resulting in a report that contains a critical analysis of the organization's role in the city, as well as suggestions for how they could improve to accomplish their mission more effectively.

You can acces the website here with the password: accessdew_ohny
Experimental Archive is a generative archive of Space 1026, one of the longest-running DIY arts spaces in the U.S.A.

Created in collaboration with Lee Tusman, the website is the prototype for an ongoing series of generative archives that aim to provide tools for ephemeral or precarious arts spaces to both document their existence and pass on knowledge concerning how to organize, run, and maintain such a space.

In the spirit of Space 1026's ethos, we designed the archive to be navigable through booklets generated using Bindery.js. Each generated booklet is unique and contains a limited set of information from Space 1026's abundant archive. Additonally, each website is developed with longevity in mind, relying as much as possible on HTML, CSS, and vanilla JS.

Keep on the lookout for upcoming projects in this series 👀
Web Acknowledgement is a an extension for Google Chrome designed and developed for Rory Solomon's Radical Software class at The New School.

I made this project with the hope that it would help dispel the myth of “the cloud.” The internet exists in physical space, and when we use the internet we use land. Most of the internet is stored within large, energy intensive spaces that we call “server farms.” However, these “farms” are not community gardens, they are industrial plantations, exploiting the land and rendering it unusable by creatures of all sorts. And like industrial agriculture on much of the American continents, these server “farms” extract value from land that doesn’t belong to those who profit from them.

This project can be used as a useful tool, but its primary purpose is to encourage users to rethink what the internet is. Acknowledging land is rather performative without considering reparative methods that attempt to cede colonial control of indigenous soil. How then, do we build a web that dismantles colonial, profit-driven digital infrastructure — a web developed by the stewards of the land it occupies? What would network infrastructure look like if designed using indigenous agricultural logic? How can we plant digital community gardens? Can there be native code as there are native organisms? 🌱

The decision to use the font, Arial was inspired by Mindy Seu's research on the demographics of the designers of default web fonts included in her Cyberfeminism Index. Additionally, the decision to place white text on a black background was inspired by American Artist and Zora Neale Hurston's analysis of the white default.
Since 1979, Ron Drumm has been the record librarian of WHRW-FM, SUNY Binghamton's non-profit radio station. Having developed an incredibly expansive knowledge of the music collection, he became a something of a mythical figure to the Binghamton music scene, influencing generations of college students who volunteered at the station. To keep in contact with students with whom he had developed close ties, Ron began sending out mixtapes every few months, all accompanied by hand-written letters and tracklists. It is estimated that Ron has sent out well over 10,000 of these tapes to friends and family.

I was hired by one of these ex-students to build the next stage of these "Nice Tapes," an online archive where Ron could directly publish new mixes. While the Nice Tapes have endured several technological changes in how recorded music is shared, transitioning from cassette tapes to CDs to MP3s, I wanted to remain mindful of the special physicality of the tapes and their corresponding tracklists.

As a means to preserve the spirit of the Nice Tapes, the website balances retro and scrappy aesthetics with contemporary web design practices. Like on a cassette player, the only audio control options are fast-forward, rewind, and play/pause. Additionally, the user tracks their progress within a particular tape by observing the tape transfer from one wheel to the other. It was also very important to the client to preserve Ron's handwritten tracklists, so I created a photoshop script that could be used to convert scanned tracklists into high-quality PNG's with transparent backgrounds for better readability.

Unfortunately, the client ended the project before it's completion so it cannot be found on the web. Here are some screenshots of the most up-to-date version: 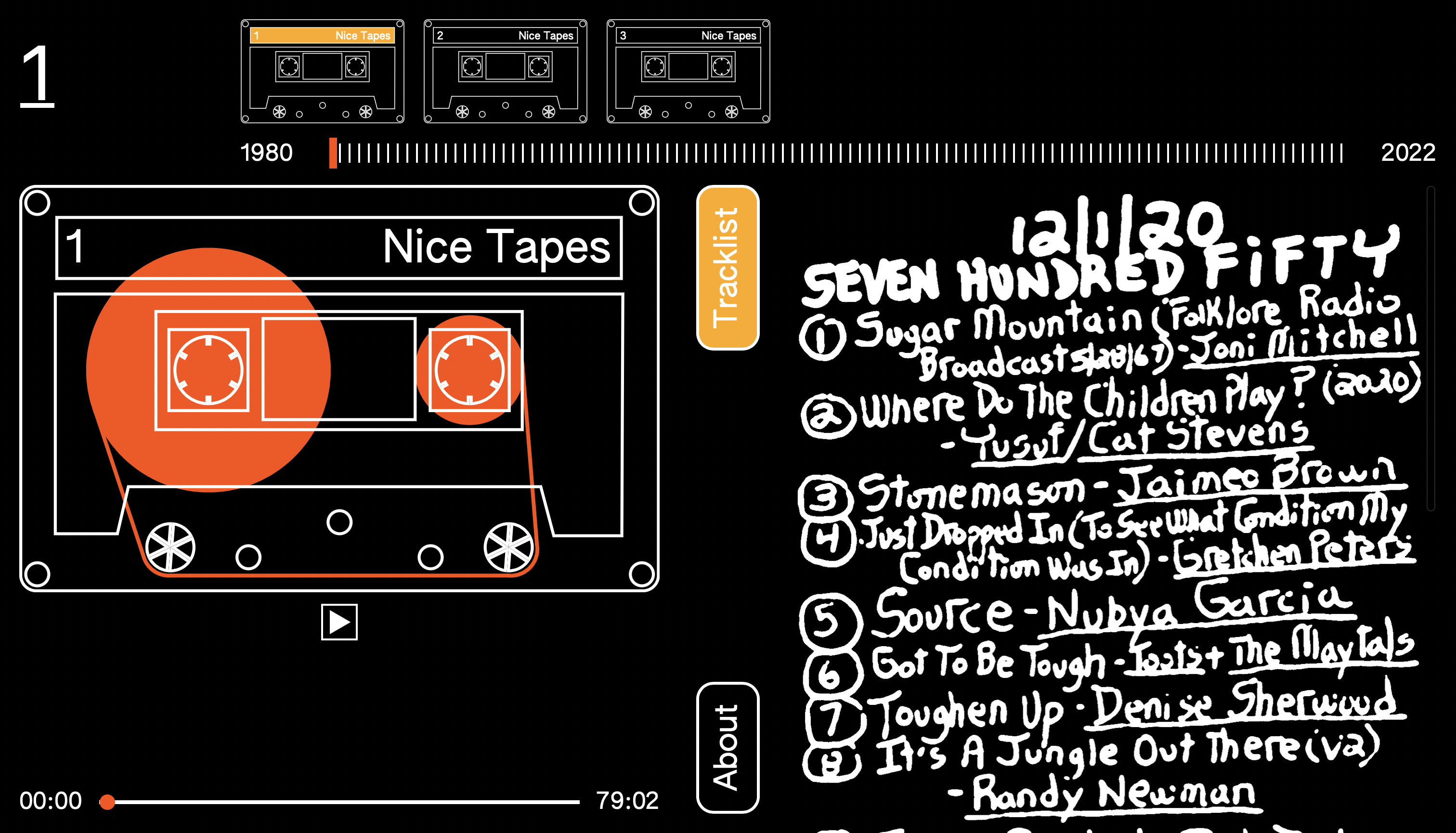 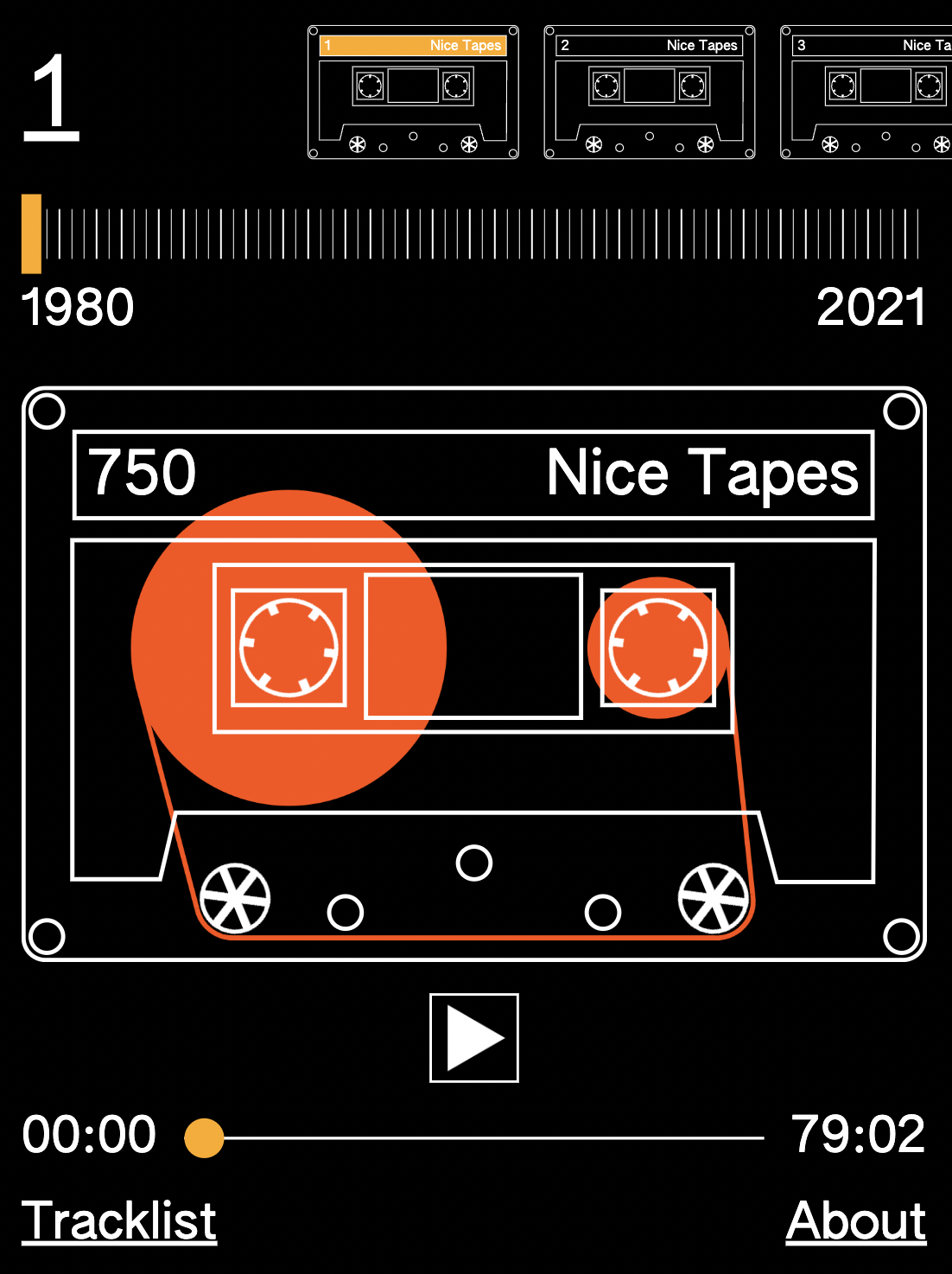 Artists and Hackers is a podcast dedicated to the community that is building and using new digital tools for creation.

The podcast interviews programmers, artists, poets, musician, bot-makers, educators, students, and designers in an effort to critically look at both online artmaking and the history of technology and the internet. The pocast’s website serves to both host the podcast and provide a central hub through which interested individuals can find new tools to learn and integrate into their own practices.

In an attempt to replicate the project of the podcast, to humanize and materialize a topic often considered inaccessible, the website and social media posts follow an organic and familiar visual language, creating a friendly environment for listeners to learn and ask questions.

Inspired by the famed monastery of Lindisfarne, William Irwin Thompson founded the Lindisfarne Association in 1972 to gather together bold scientists, scholars, artists, and contemplatives to envision a new planetary culture in the face of the political, cultural, and environmental crises of the 20th century.

The lectures held at the Lindisfarne Association have been recorded to tape and generously donated to The Schumacher Center for a New Economics to be restored. To make these lectures more widely availble, I was hired to restore the degraded audio, reformat them into a podcast, and design corresponding visual material.
I just really like to make furniture. 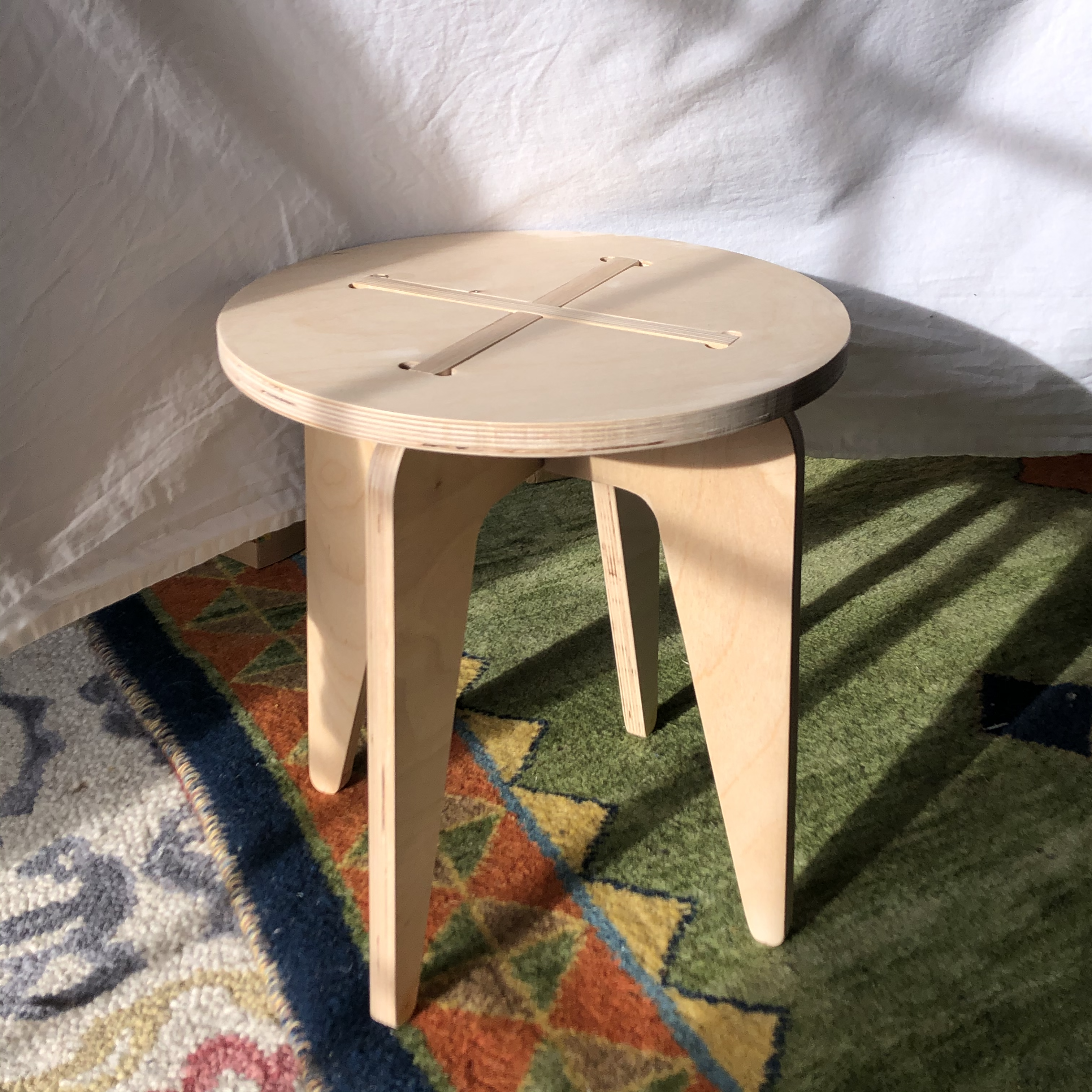 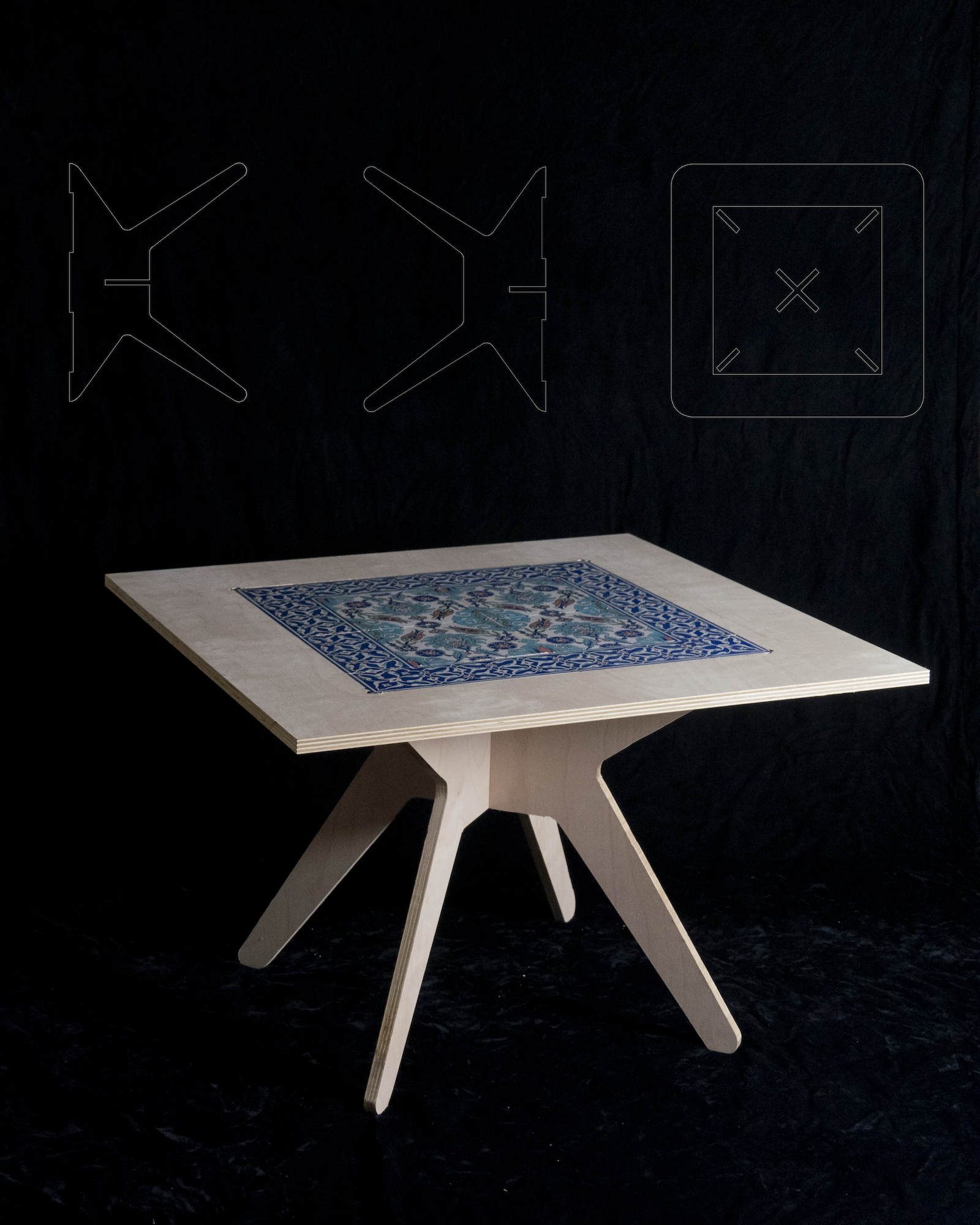 a visual dictionary entry that defines a word that does not exist.

a structuralist outline of the box in opposition to ourselves.

a hallucination of uterine comfort.

an understanding of why we box. 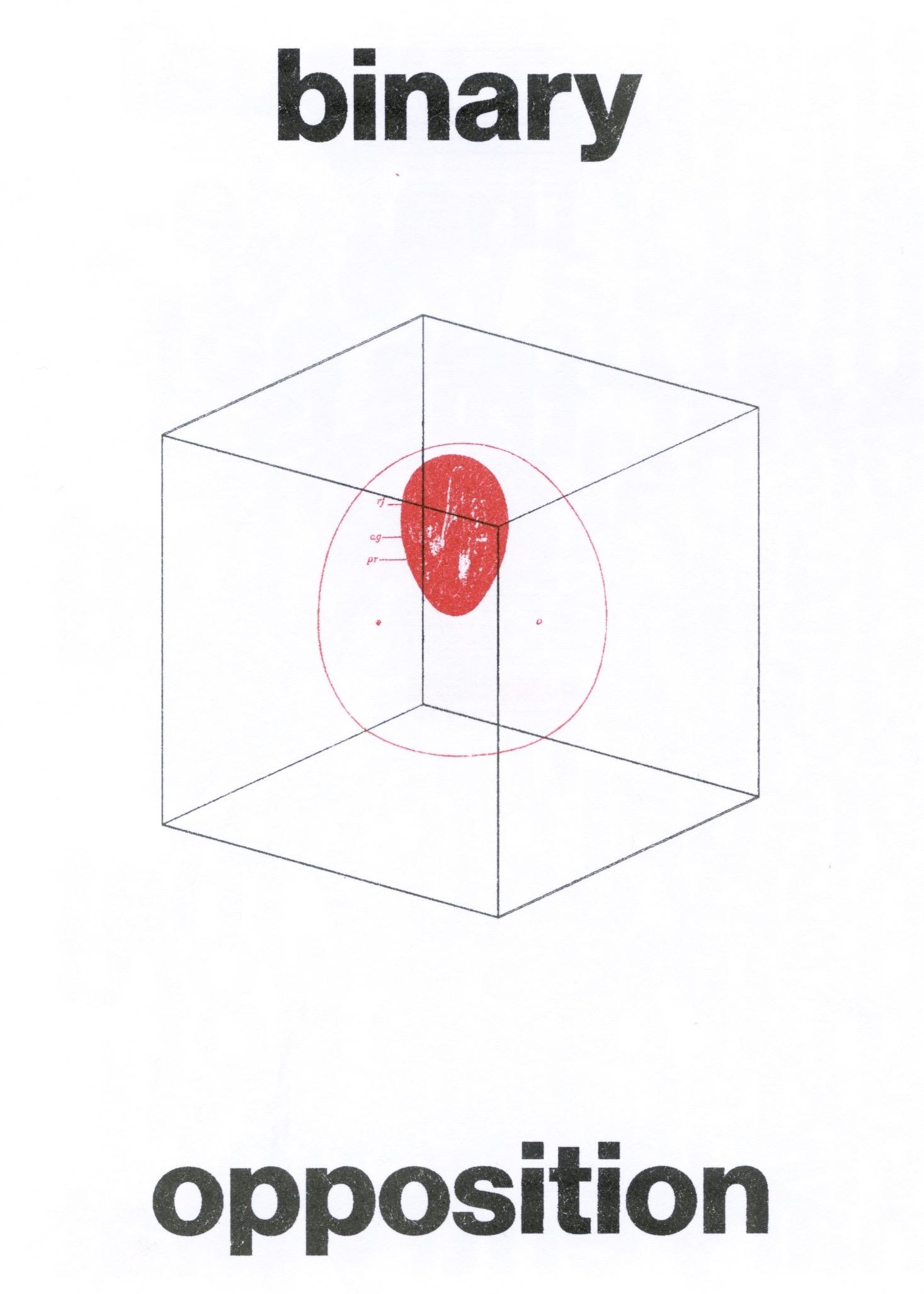 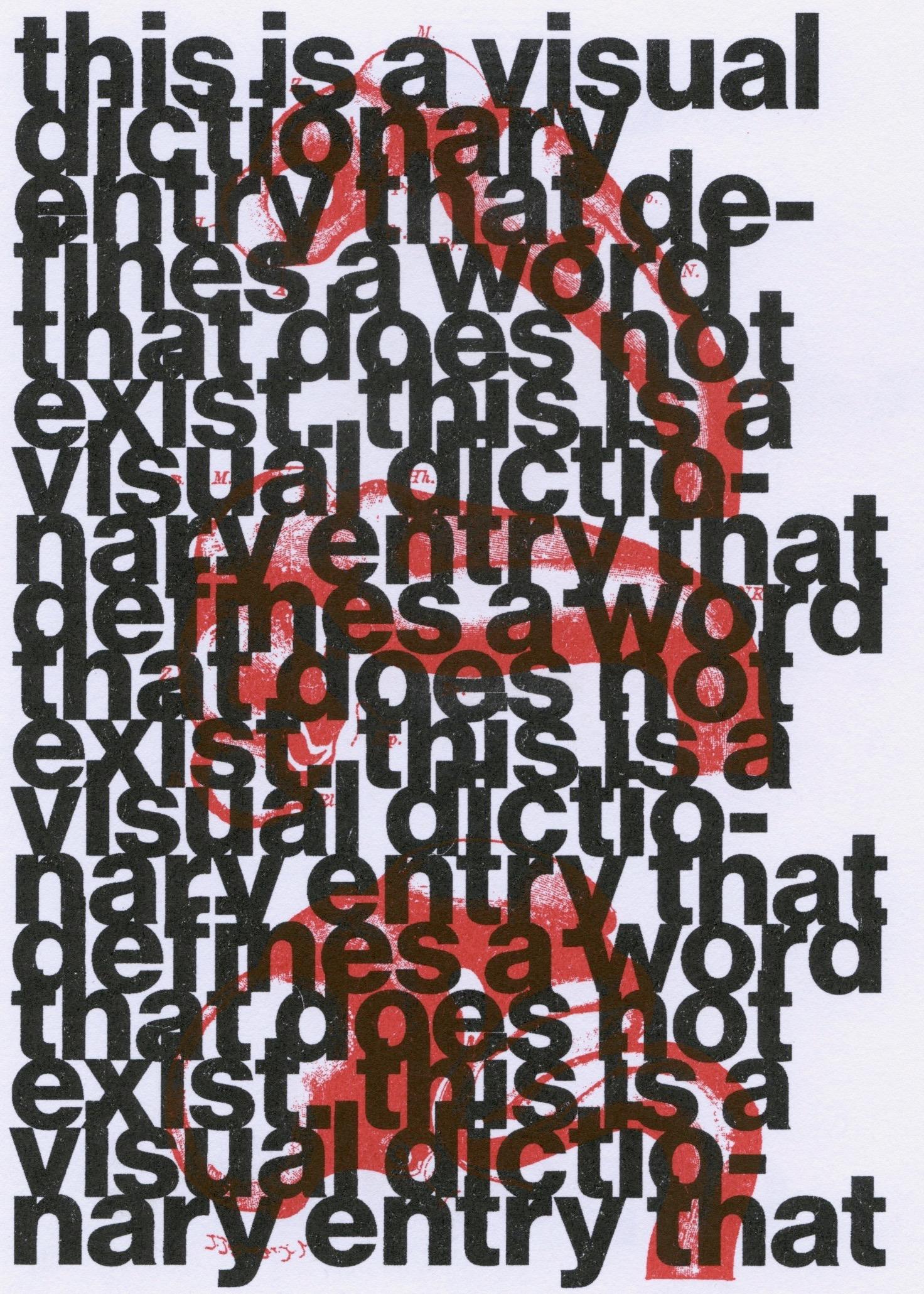 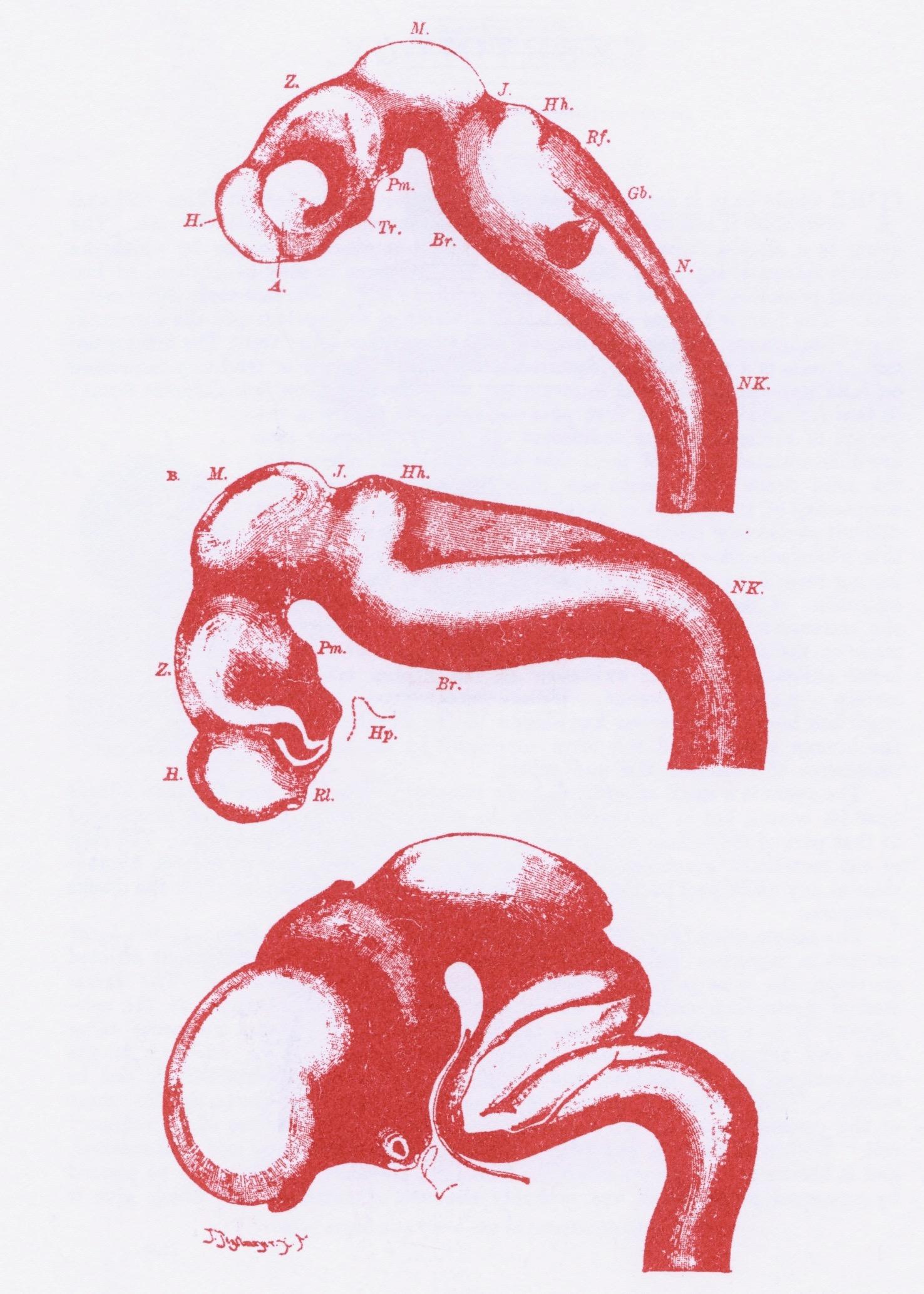 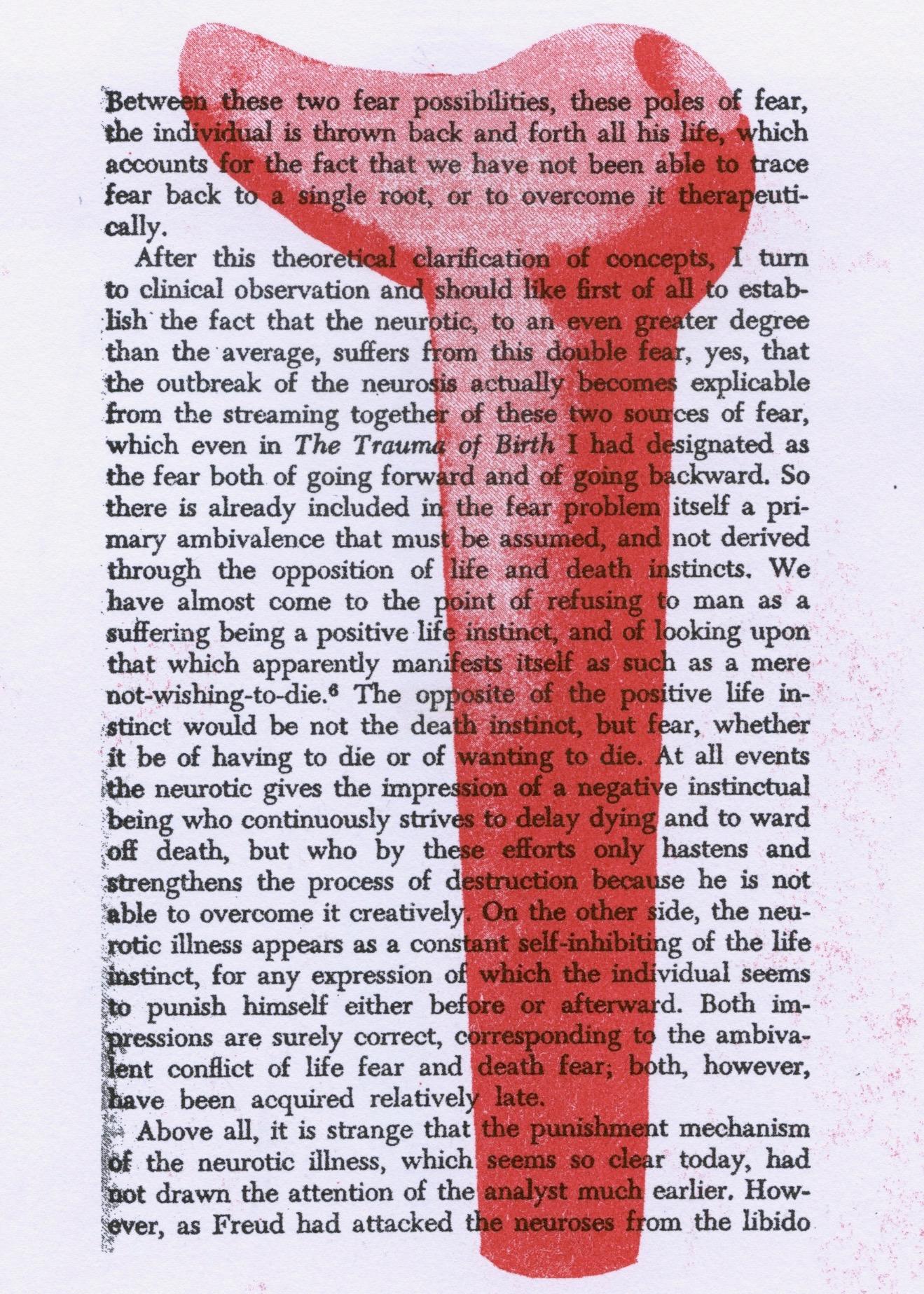 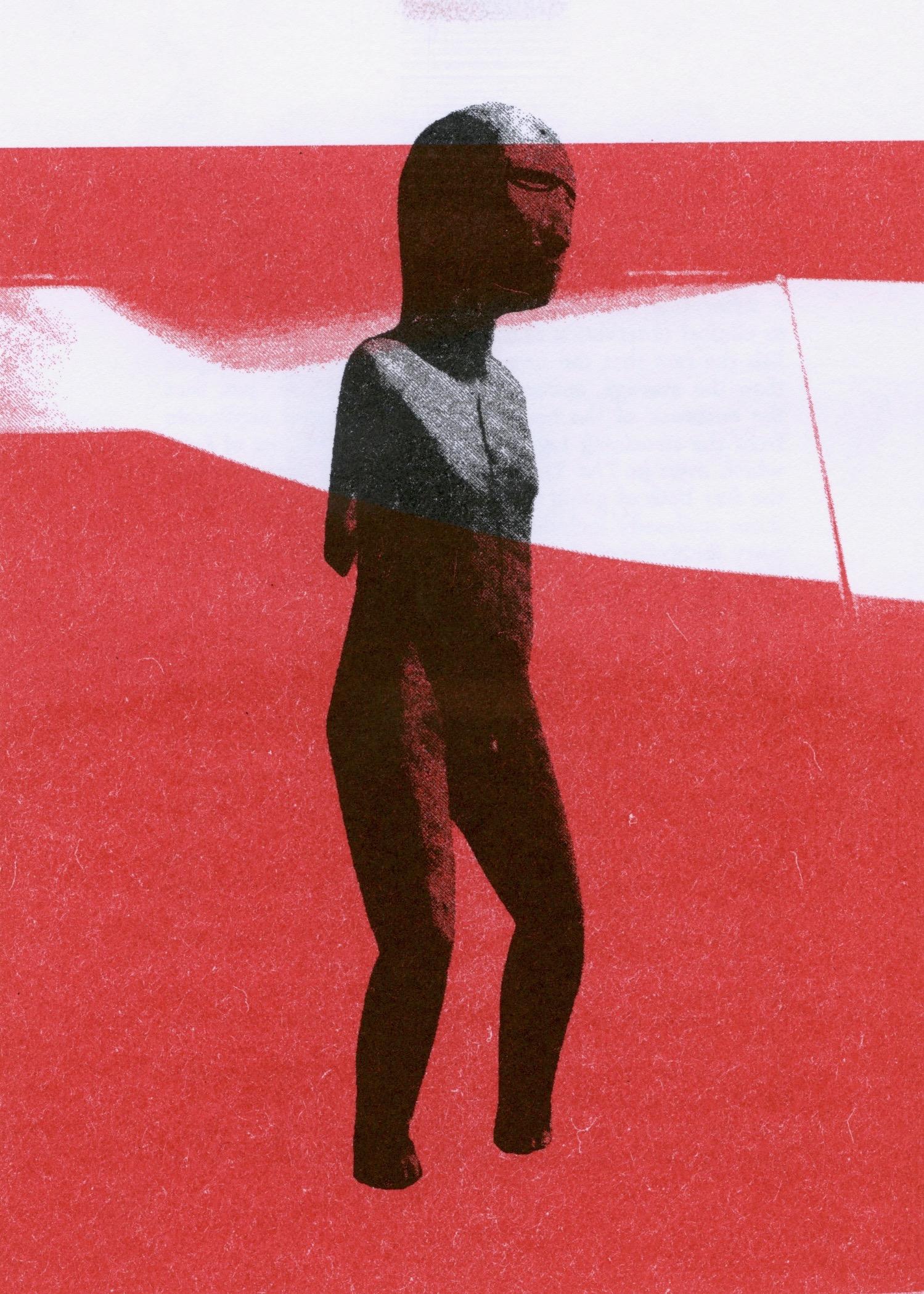 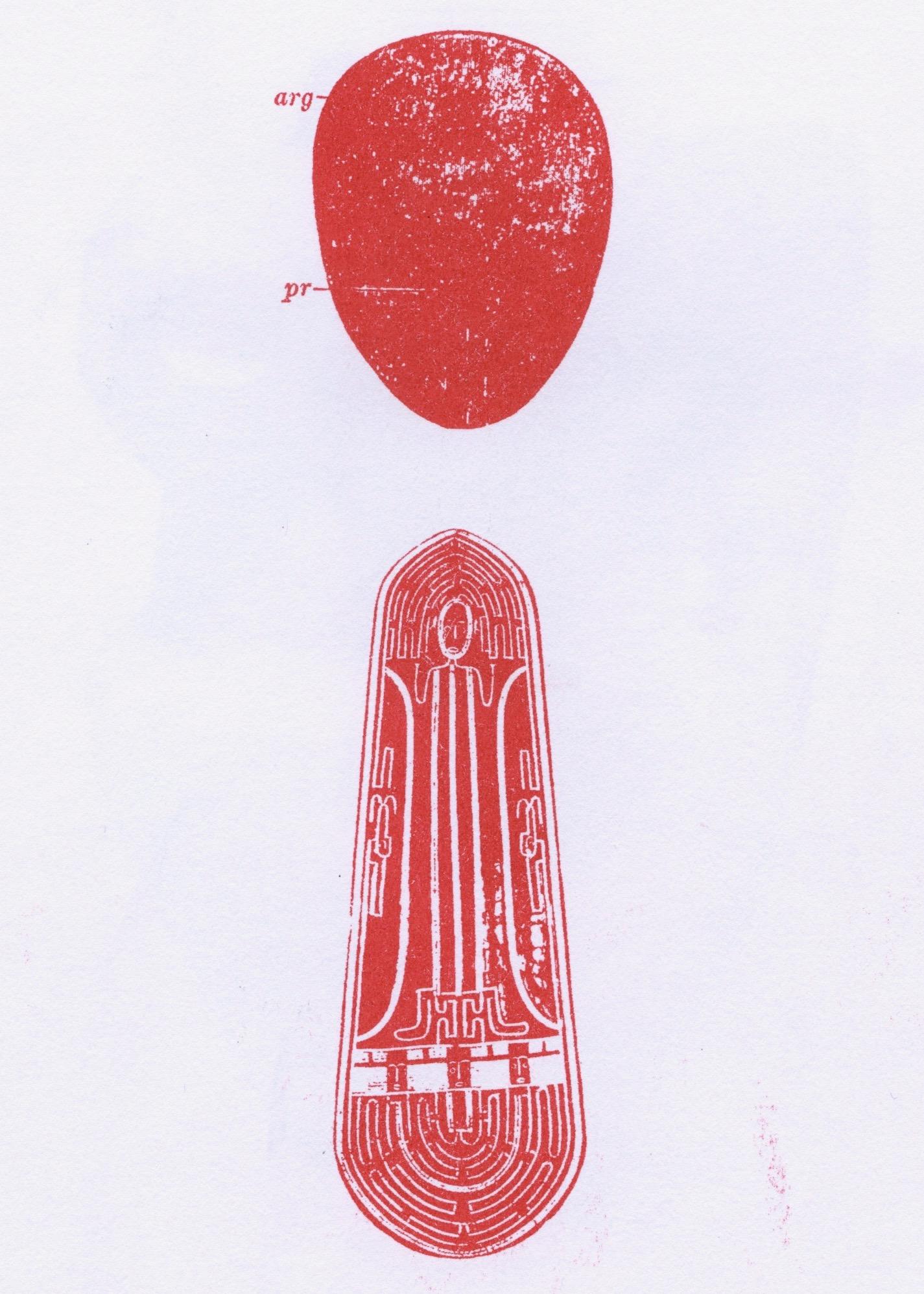 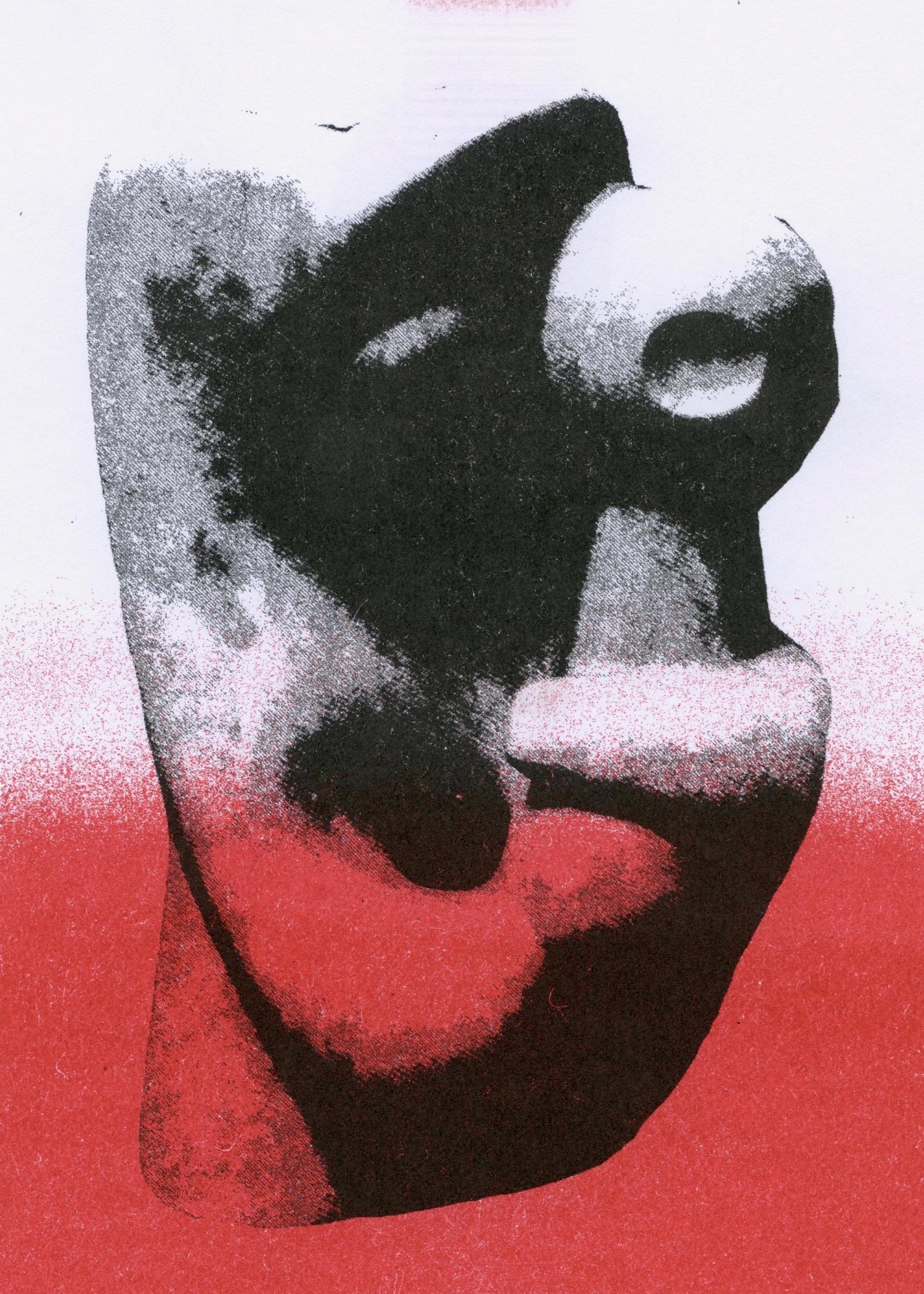 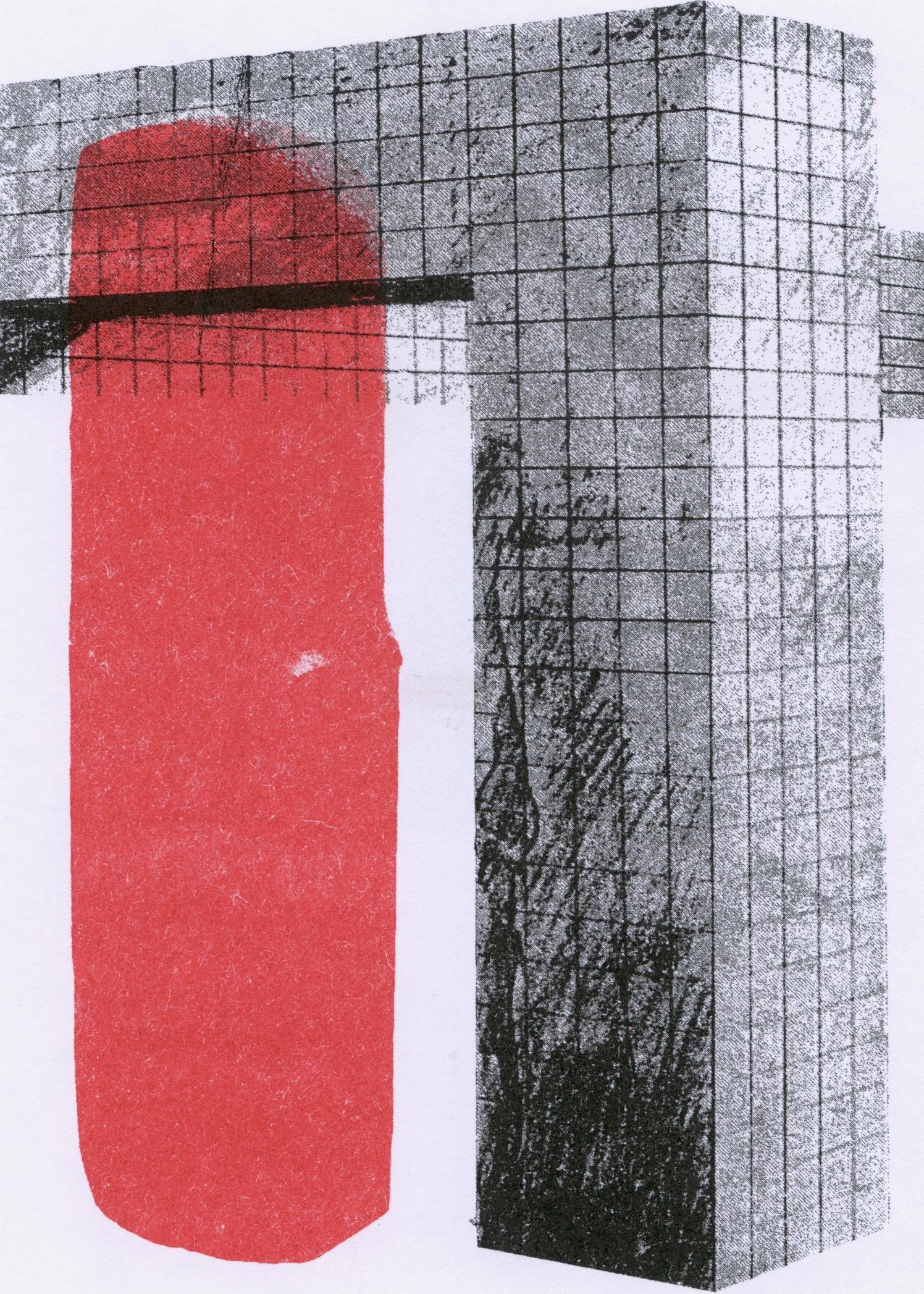 For my Programming for Visual Artists class at Purchase College, I designed a piece of software as a component of a performance. I had partnered with another student in the dance conservatory to record an actual performance of the piece, yet it was cancelled due to COVID-19.

ARBITER is intended to be a reflection on the ways in which artificial intelligence algoithms subtly alter our behavior, enforcing a culture of sameness under the guise of assisted individuality. It calls upon Heideggarian philosophy, calling into question the status of our "dasein" in a world in which we use technology to mediate being.

ARBITER has two main components. The first is a piece of software that acts as a control mechanism for the performer, issuing both physical and emotional commands that the performer must endure. The second is a piece of software that tracks the motions of the performer and attempts to interpret what the original command was. As such, the performer acts as an intermediary between command and interpretation being in control of neither their own actions nor how they are percieved. A performance was scheduled in collaboration with the Purchase College Dance Conservatory but was unfortunately cancelled due to COVID-19.

An early prototype for the command issuing software component: 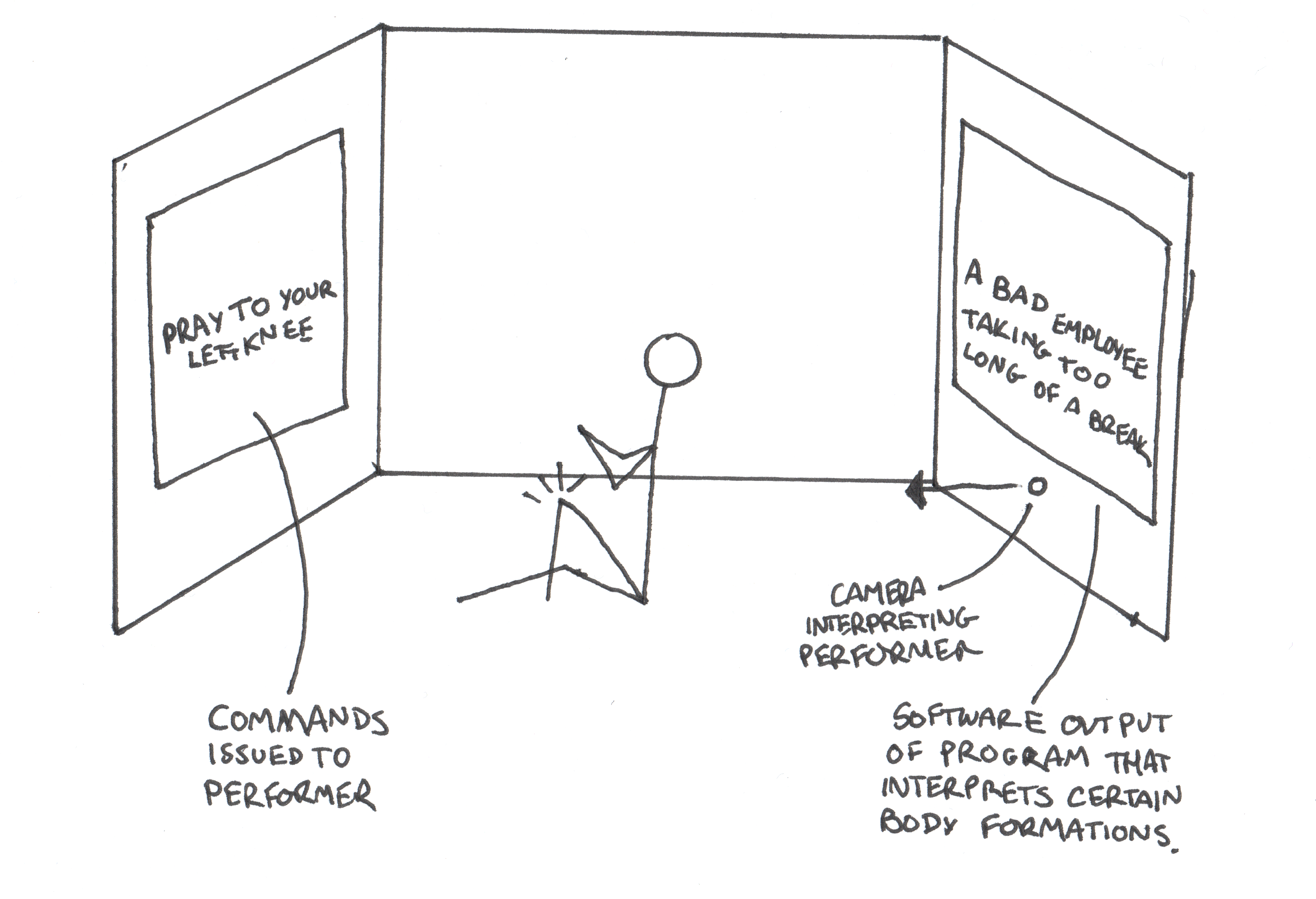 Corrocup was concieved in a high school art classroom somewhere in upstate new york. No one thought the cup project would continue considering the designer spent as much time casting as he spent cleaning the leaking slip released by the primitive plaster casts. Fortunately, the designer was able to produce two successful cups, imperfect but functional. 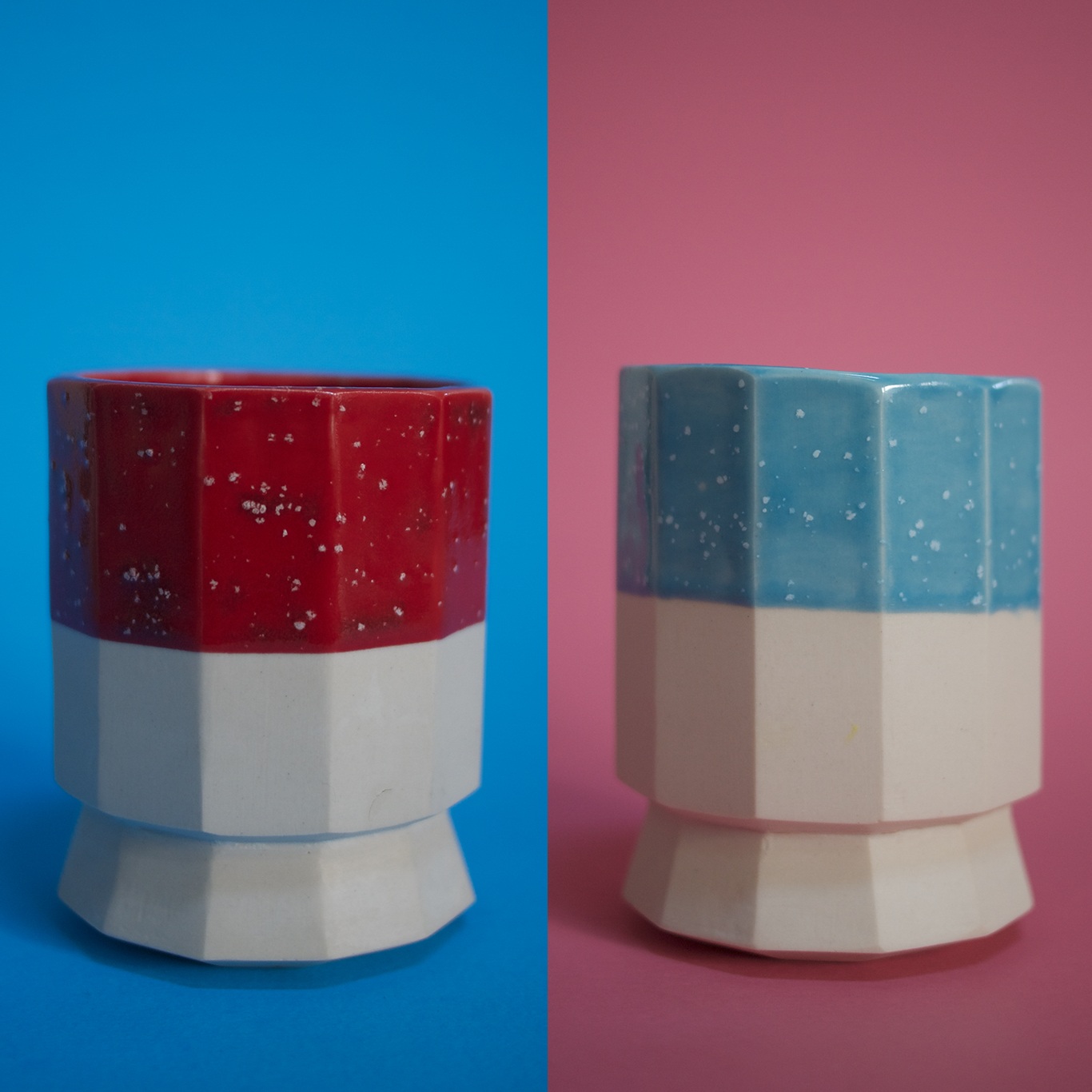 During his studies at Pratt Institute, the designer was able to learn more professional slip casting techniques at his internship at a Brooklyn ceramic studio called franca. The two inspiring women at franca assisted in the refinement of his design and manufacturing process, allowing him to finally produce the Corrocups that you know and love. 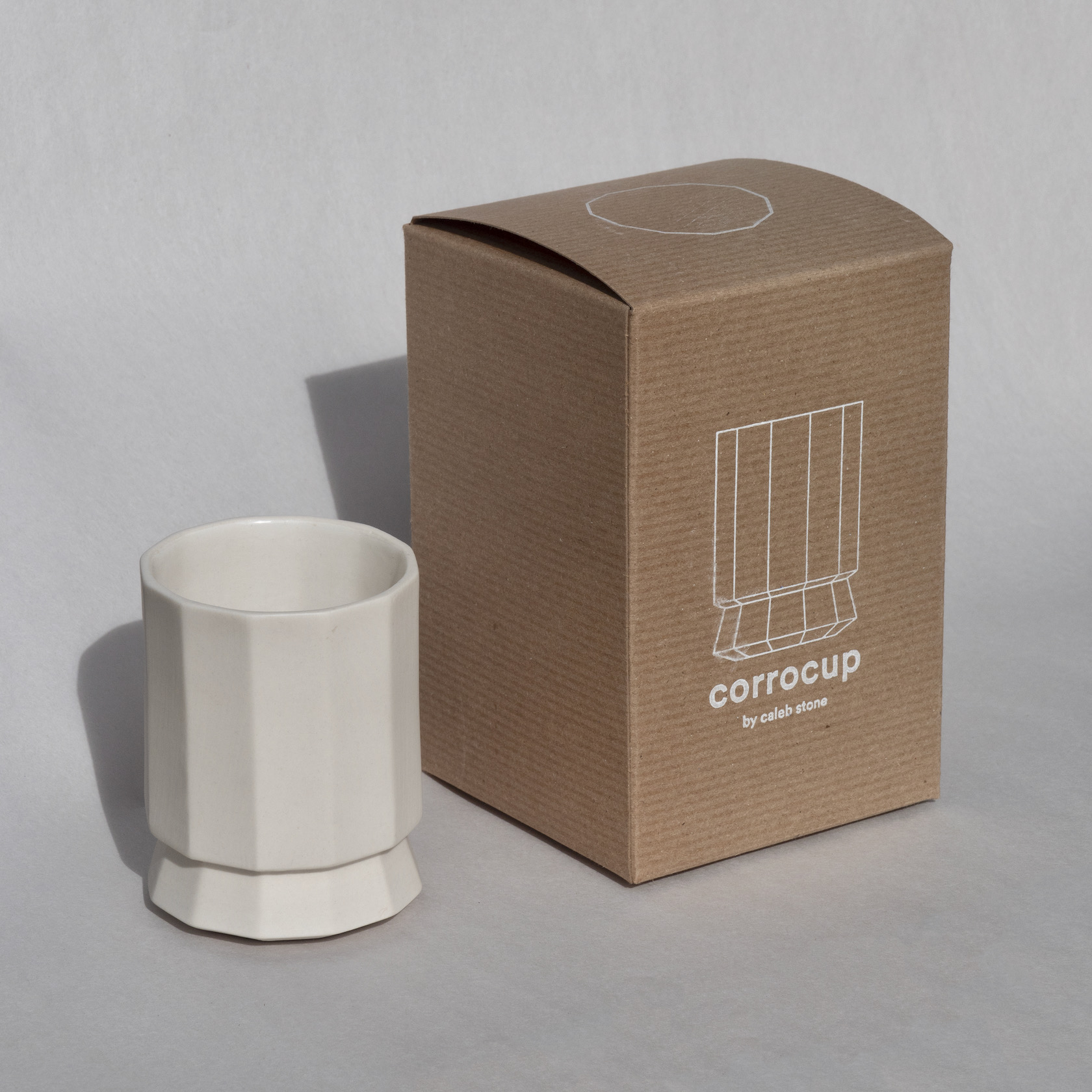 In a partnership with Blue Marble Brooklyn, the designer was able to sell the cups at their prospect heights storefront.

To finalize the cups for retail, the designer designed custom packaging and eventually decided to build an online store to practice his web design skills.

To see the (prototype) Corrocup Website, click here.
Red dot is an experiment in the use of a shared design language to create unity within a line of disparate products.

By creating a common design language, the user’s understanding of one product can translate to all others within the series. Each object uses the same switches, knobs, and sliders alongside a unified color theme. This concept could continue to be applied on a larger scale to create an entire line of goods, satisfying all needs of the user in a way that they understand.

My name is Caleb Stone and I am a designer, developer, fabricator, and researcher based in Brooklyn, NY.

I am currently enrolled as a B.A student at The New School studying Culture + Media. Alongside this program, I have taken many classes in the MFA Design + Technology program at Parsons.

As a designer, I am interested in using ethnographic research to engage in a more socially-focused design practice that relies on available materials and local histories.

Some things that I've been thinking about are: digital infrastructure, new materialism, organic architecture, cybernetics, clicky buttons, tools and how we touch things with them, the digestive system, hypertext, and growing things from the ground.